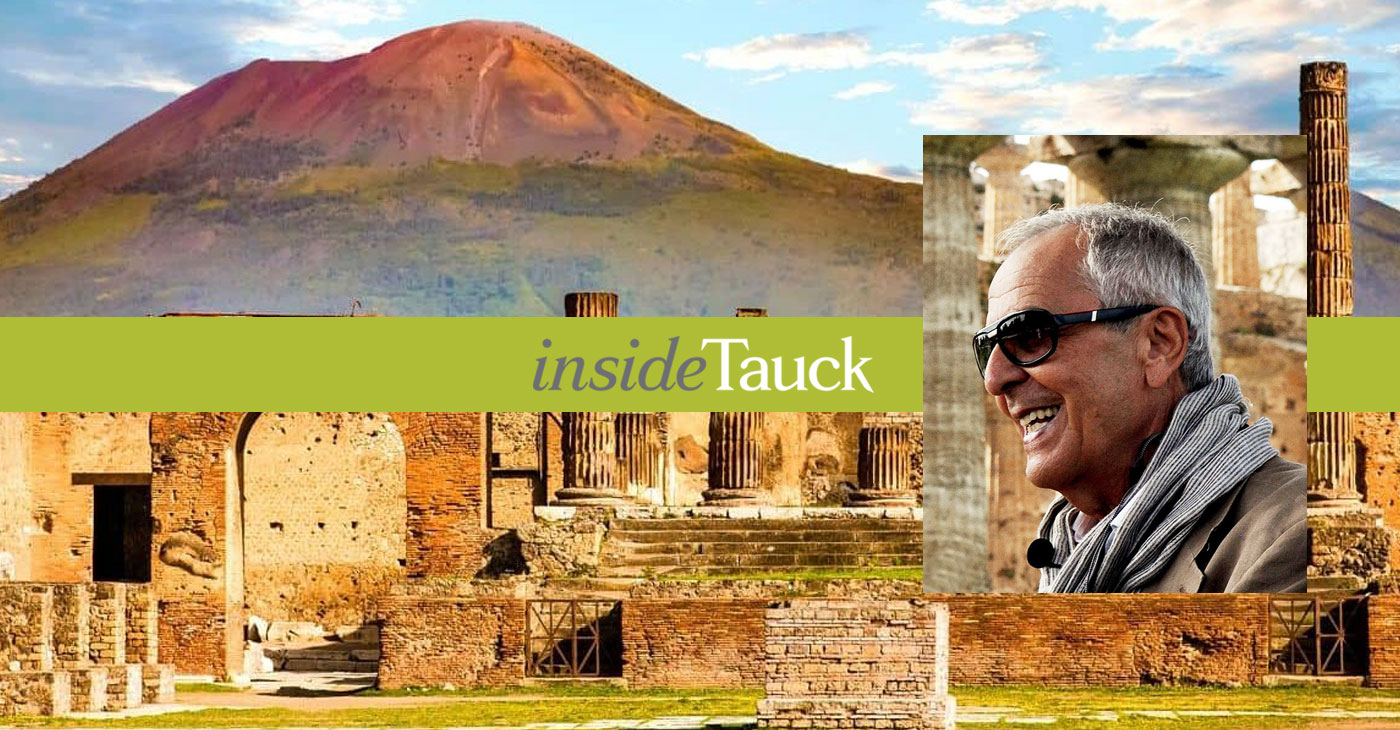 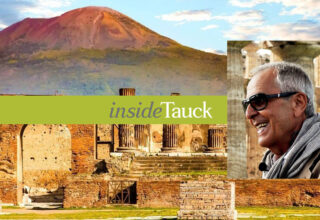 Exclusively for Tauck, discover the fascinating history of Italy’s Campania region through the lens of art history with scholar and Pompeii expert Claudio Mollo. From volcanology to archaeology, the story of the ancient city of Pompeii and its rediscovery in the 16th century offers insights into early Roman civilization. With over fifty years of experience studying Pompeii and its sister site of Herculaneum, Claudio will share recent learnings and new insights, gleaned from recent discoveries, on one of the most well-preserved and complex archaeological sites in Europe.

Claudio is a dear friend of Tauck’s and has been a longstanding partner of ours in southern Italy for several decades. He has extensive experience in the region of Naples and Southern Italy, having worked in tourism for 60 years, 50 of which he served as an Official Archaeological Guide of the Campania Region – encompassing Naples, Capri, and the Amalfi Coast as well as the archaeological zones of Herculaneum and Pompeii.

Since 1990, Claudio has dedicated his time and pursuits to studying what he says interests him most – the origins of man, mythology, the history of religion, and scientific research on art history and archaeology. He is an avid visitor of museums and archaeological areas around the world, a true scholar who loves to engage in cultural exchange with people interested in these same topics and ideas. Recently, Claudio authored a book titled, In Quest for the Seed Idea.