As a child I came across a book in my mother’s bookcase that she had brought with her from England called “How Much Do You Know?” It was an old, tattered volume that she must have had since she was a child. It was a little treasure chest of questions and answers about all sorts of fascinating facts. It was there that I first encountered The Seven Wonders of the World. It charged my imagination as I tried to picture The Hanging Gardens of Babylon, the Colossus of Rhodes, the Temple of Artemis and the Lighthouse of Alexandria.

Now today, only one of them still exists, the Great Pyramids of Egypt, oddly enough the oldest one on the list.

Now we have a new list, the New Seven Wonders of the World: Great Pyramids of Giza; the Great Wall of China; the Lost City of Petra; The Colosseum in Rome; Chichen Itza in Yucatán, Mexico; Machu Picchu in Peru; the Taj Mahal in India; and Christ the Redeemer in Rio de Janeiro.

There are countless other wonders that didn’t make the list that are no less priceless, like the Sistine Chapel, the Acropolis, and so on and on. I wonder how long they will be there. Will there be a new list for my grandchildren?

It’s disconcerting to discover that even the greatest monuments of civilization are not permanent. As a child, everything seemed to me to be stable. I expected that when something came into the world it would always be here. Now decades later, time seems to pass quickly, to practically fly by. I guess part of getting older is facing the fact that things don’t last forever.

Now we are in a time when many of the world’s greatest treasures are under threat for their existence. The list of treasures we are in danger of losing is long, from great animal species such as lions, elephants, rhinos, grizzly bears, polar bears, gorillas, orangutans, and tigers to fantastic human constructions like the Great Wall of China and Angkor Wat, to natural wonders like the Great Barrier Reef and the Amazon rainforest, and Machu Picchu, which is both a natural wonder and a staggering archaeological site. 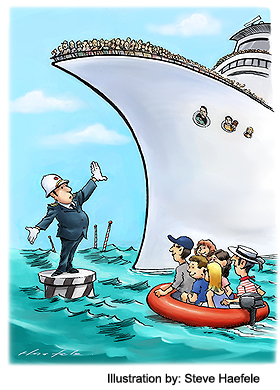 Places like Cuba and Myanmar are undergoing fundamental shifts based on political changes. All of these kinds of changes have given rise to a new wave of travel that could be called Last Chance Travel, traveling to see something that may not be in its present state for much longer.

For Americans, Cuba was virtually wiped off the travel map for half a century. As opportunities to travel there open up, more Americans can visit, but it also creates a new concern. Will it lose the unique character that was cultivated when the country was so isolated?

That hits the central paradox of Last Chance Travel. While tourism creates revenues that help preserve the treasures of the world, the trampling feet of millions of tourists may also contribute to the deterioration of those treasures.

In physics the Heisenberg Principle of Indeterminacy states that you cannot observe something without affecting it, and this seems to apply to Last Chance Travel. I can’t go to a place without being one of the millions of tourists who are changing the character of the place by our presence. It’s a strange paradox.

Some of the most attractive tourism spots in the world are now in danger from too much human traffic. Fortunately in some places authorities are taking action to limit the visitation to preserve the sites.

Machu Picchu, the mysterious lost city of the Andes, is high on the list of places people flock to from all over the world. But the heavy traffic is potentially harmful to a site that is like a priceless and delicate antique heirloom.

In 2014 Machu Picchu was visited by 1.2 million tourists, with countless footsteps over the precious landscape. That was more than the 2,500 visitors a day that UNESCO figured the place could sustain.

At the risk of turning the place into a trampled ruin, the Peruvian government, worked with UNESCO to refigure how it would manage the site. By 2019, all visitors will have to have a guide and follow one of three designated routes through the site.

It’s nice to be able to wander freely throughout the site, but I am happier knowing that it is being protected from millions of footsteps, including my own.

The incomparable city of Venice is under threat from various causes, including the aging of its ancient buildings, rising sea levels, and yes, tourism. It is the economic lifeblood of the city, but sometimes there can be too much of a good thing. The heritage group Italia Nostra is advocating some restrictions on tourism, such as banning large cruise ships and requiring tour groups to register before they visit.

After tourist traffic at the island of Santorini reached 10,000 per day during peak season last year, local authorities moved to limit the number of cruise ship arrivals to 8,000 a day. With Zion National Park expecting 4 million visitors this year, park officials are considering invoking limits. And with Iceland expecting more American tourists than it has residents, its government is trying to decide what number is sustainable.

Barcelona was recently considering a tourist entry cap, or a tourist tax on one-day visitors. After 2.5 million tourists visited Italy’s Cinque Terre in 2015, officials decided to limit the number to 1.5 million. The Galapagos Islands are carefully regulated and efforts to protect them resulted in the site being removed from the UN’s endangered list in 2010.

Antarctica, which has no government, is regulated under an international treaty, and its signatories agreed to bar cruise ships with more than 500 passengers from making landings. The megaships can still cruise by. Tourists who do go on land must be with tour operators who are well trained on how to avoid damaging the environment.

All these actions provide hope that there are ways to prevent the senseless destruction of the world’s greatest treasures by just letting things go willy nilly.

But when it gets down to it, I feel that all travel is a variation of Last Chance Travel. Life is short and the travel destinations of the world are infinite. Each day is a unique gift that we unwrap and make the best use of that we can because it will never return again. It is a perishable resource, and oh so precious!

Travel is priceless. Even if we have unlimited funds, our time is limited. And increasingly we learn that the places we want to visit are not indestructible. We don’t know what the future holds. For ourselves individually, we are all mortal. Our time is limited. And our world, too, is fragile. So we do have to consider the impermanence of things when we are making our travel plans and formulating our bucket lists.

In a way, it’s all Last Chance Travel. We only go round this life once. Life is short. This is our big chance to do and see all the things we can.

And so, on that note, I bid farewell and wish you the greatest good fortune in your use of your precious travel time. 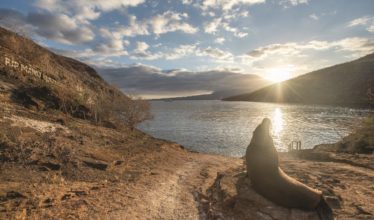