How Tourism Became a Protector

Ever since I first saw pictures of Machu Picchu and heard about the mysterious ancient city I had a powerful urge to see it for myself. It took a while, but I finally made it, and the spectacular terraced mountaintop ruin was even more magnificent than the pictures.

But as I stood amazed by its real-life presence glistening in the sunlight, veiled by wispy puffs of water vapor, I was struck by something vaguely disturbing. No picture of Machu Picchu included the throngs of tourists, coaches and vendors selling souvenirs that were crowding around the foreground of the scene.

In my mind Machu Picchu had been an ideal, timeless image. But when I encountered it, it was evident that thousands of others shared my aspiration to experience this wonder, and many of them had chosen to go there on the same day as I had. I would have to share the experience with them.

Some of the visitors would probably be littering the grounds with wrappers, cups, cans or water bottles. But even if every one of them was too conscientious to leave litter lying around, there would have to be some way to accommodate the waste from the various products they consumed while they were there. 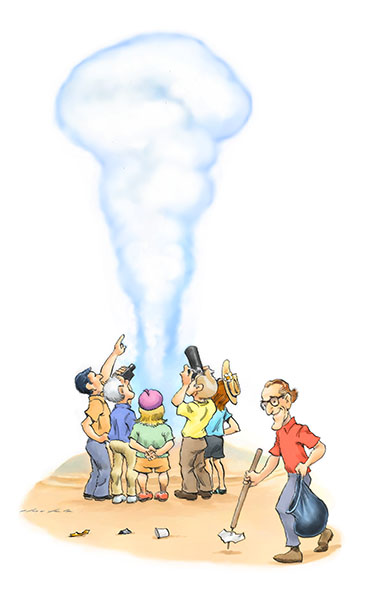 And even if they were all the most careful, respectful travelers in the world, every day the site would be pounded by thousands of footsteps. Machu Picchu, which had stood hidden under brush for centuries, would now be inhabited by tourists every day of its life, probably more in a single day than had actually inhabited it when it was a functioning city with people living there. Inevitably, the cumulative wear would eventually degrade the site.

And there we confront the paradox. How can we love the great tourism attractions without destroying them?

Destroying What We Love

The principle in quantum physics known as the Heisenberg Principle of Indeterminacy says that you can’t observe something without affecting it. It was formulated in reference to atomic particles, but it also applies to tourism.

This same paradox applies to all the great tourism sites, from all the beaches to Venice, the Great Wall of China and Angkor Wat. Some are more fragile than others. But inevitably tourism has a cost. We want to see these sites, but do we want to use them up? Do we want to be the last generation that has the opportunity to enjoy them? Of course not.

The Great Pyramids of Egypt are all that is left of the original Seven Wonders of the Ancient World. But as durable as they have proved to be, they are not in their original condition. There is a patch of the original limestone covering on one of the pyramids that shows how perfect they must have been when they were new.

The inhabitants of Egypt tore off the limestone covering and used it to build Cairo during the Christian period thousands of years after the pyramids had been built. There was no sense then of the enduring value of the pyramids and the need to protect them for the future. To those people the limestone was just a resource to be used.

Today it is tourism that sees the pyramids as a resource. Many people trample the grounds every day, and if no care is taken to preserve them, their condition will no doubt suffer. Historically tourism has often been strictly exploitative of its objects of interest. But fortunately the tourism industry has matured and taken on the role of protector of humanity’s greatest natural and historical treasures.

Now hopefully we are more enlightened about the enduring value of these treasures and the need to conserve them for future generations. That’s why we have UNESCO. But unfortunately, UNESCO and governments can only do so much. It is left to individuals combining their efforts through corporations and agencies to make the efforts to preserve and protect the world’s greatest treasures.

Tourism to the Rescue

No one could be more sensitive to this problem than tour operators and others in the travel industry because they depend on these great monuments for their livelihoods. Any business that destroys its own resources has no future. That realization led to the rise of what became known as sustainable tourism.

As the travel industry matured and the numbers of tourists increased, it became clear to the more evolved members of the travel industry that they had better take steps to help protect the great wonders that their customers traveled to see, or we may lose the sites and they would lose their livelihoods. That’s how the tourism industry came to the forefront of environmental protection. Tour operators and hoteliers became the best friends of the great places and the champions of their preservation.

The protection took many forms. I remember some years back hearing that Tauck offered its guests in Yellowstone a chance to take a few hours of their tour itineraries to doing some work to help maintain the park. Government funding was short and the National Parks Service was overextended. They could use the help.

Many guests responded enthusiastically to the opportunity to pitch in to help with the upkeep of the park. Some even responded on their guest feedback forms that the time spent helping clean up, paint park benches or other manual labor to contribute to the care of the park, was actually their favorite part of the trip.

It turned out that some people who were accustomed to being waited on hand and foot took a special pleasure in helping to keep the park in good shape and knowing that they did their part to help preserve it for the future.

Tauck and other leading travel companies, such as The Travel Corporation, Collette and Marriott, to name a few, dedicate some of their profits to help preserve the places and things that they take people to see. By supporting the national parks and other natural and historic treasures, they expand on the original mandate of the National Park Service.

Sustainable tourism also extends to supporting communities that live in the areas around the sites in many places. Tourism becomes a source of employment for people living in areas that become tourism attractions, and that brings them into the effort of helping to preserve the resources. If a safari lodge provides a local person with a livelihood, that person will be less likely to accept an offer to become a poacher as a way to support his family.

In Africa, safari operations are often all that stands between the vulnerable animals and the poachers who kill them for bounties. When the ebola scare wiped out demand for travel in Africa a few years ago, one of the gravest concerns was that without tourism, the financial means to protect the animals would diminish.

The two main professional organizations of the tour industry, The National Tour Association and the United States Tour Operator Association, both created programs to focus resources on taking care of tourism sites, and later the two associations combined their efforts to create an association called Tourism Cares, which welcomed hoteliers and other tourism businesses.

Tourism Cares provides responsible travel companies a channel for combining their efforts to help maintain the most precious historical and natural treasures. The organization launches various efforts to maintain sites around the world, including special events that invite tourism companies to donate their employees’ labor to help take care of sites in need.

No one can save the entire world, but these companies have made good on Ghandi’s suggestion to “be the change you want to see in the world.”

As the efforts to preserve tourism resources matured and developed, it has become clear that besides being the most responsible thing to do, sustainable tourism practices are also good business. Customers and employees care about these issues and prefer to support businesses that behave responsibly toward the resources they depend on.

Today it has become standard practice among the better travel companies to dedicate some of their resources to helping to maintain the sites they visit. It helps the companies attract customers as well as to retain dedicated employees.

I am thankful to those travel companies for their efforts. It helps support my faith in the better angels of human nature. And I am happy to have the opportunity to contribute my own efforts to the cause. 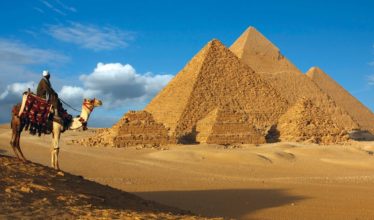 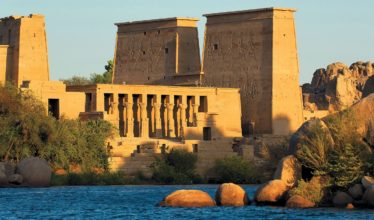